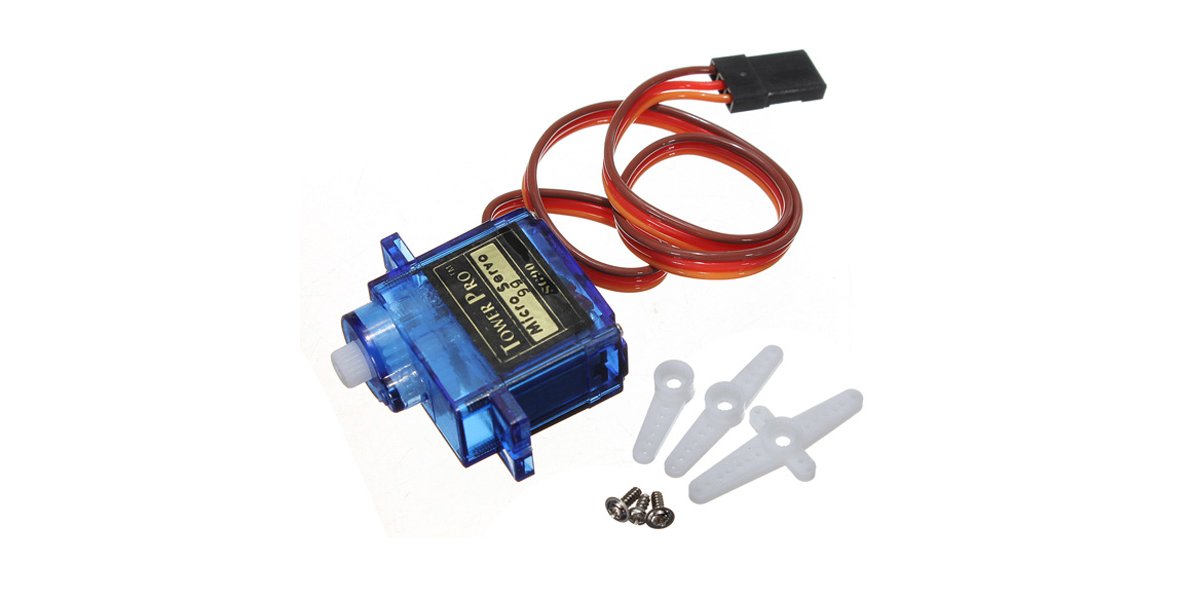 A servo is a motor that can turn a specific number of degrees. For example, we can tell a servo to move exactly 45 degrees and then change direction and move 10 degrees. There are many uses of servos including

We are going to use a servo in its most important role: Delivering M&M candies! 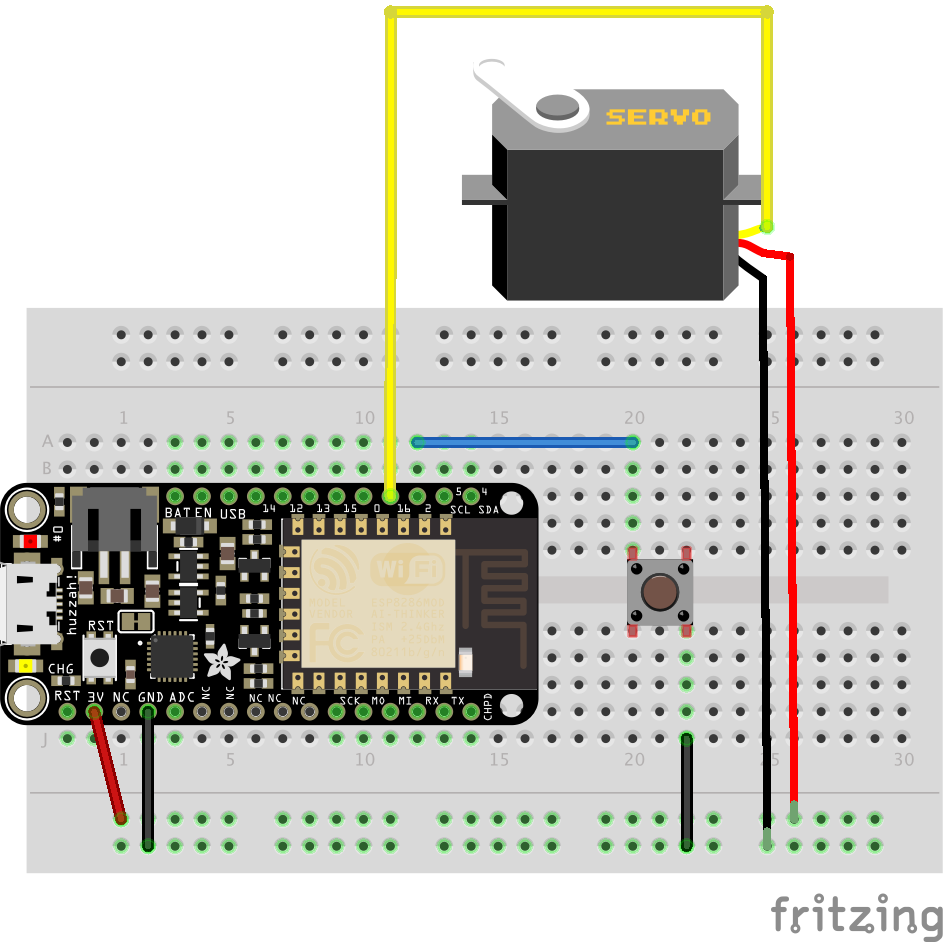 Before you continue make sure to put an arm on the servo. It just makes it more fun!

What You Should See

When you first upload the code, give it a few seconds, then you should see the motor move to the 180° position. Once there, it will stay until the button is pressed. Press the button to move it to 0°. Press the button again and it will move back to the first position. The purpose of this code it to give you an idea for the full range of motion for the servo motor and to help you plan out your M&M Feeder. The code above is my slightly modified version of code written by the folks at Sparkfun. (Sparkfun, in addition to having super nice people, has a wide assortment of really cool electronic gizmos – check it out). Anyway, the software developer in me never was 100% happy with that code. I don’t like this bit:

So here is my reworked version:

Anyone who know me knows I love, love, love the modulo operator, % that we see in this line:

The modulo operator gives us the reminder when we divide the first number by the second (think grade school math). So

is 0 because there is no remainder when we divide 4 by 2.

So far so good.

One other thing I should mention. The maximum degrees our servo can turn is 180.

is the same as

and the servo moves to position 0. Good so far.

Then we execute my favorite line.

So since pos is currently 0 this is the same as

The next time we press the button and execute:

we go to position 180 and then execute our favorite:

So pos is initially zero. Each time we press we don’t want

We are going to have to change that 180 and, especially important we need to change 360 because the servo can only move to 180 max.

Can you implement this?

For this you need to find a drink cap which you screw onto the arm of your servo.

Now load the original button code (the one that goes from 0 to 180). You will need to attach the cap arm assembly to the servo so that in the initial position the cap is upright and can hold an M&M, but when you press the button it dispenses the candy. You will need to alter the code so that when the button is pressed and the M&M delivered it, automatically resets back to the initial upright position.

You may want to put the servo assembly at the edge of a table weighed down by a book and test that it dispenses an M&M! Or, for creative xp you can construct a simple M&M delivery device! (this can also be your final project)

Let’s first setup things on the Adafruit IO side. Log into adafruit.io. You can use an existing dashboard or a new one. Add a new block to your dashboard 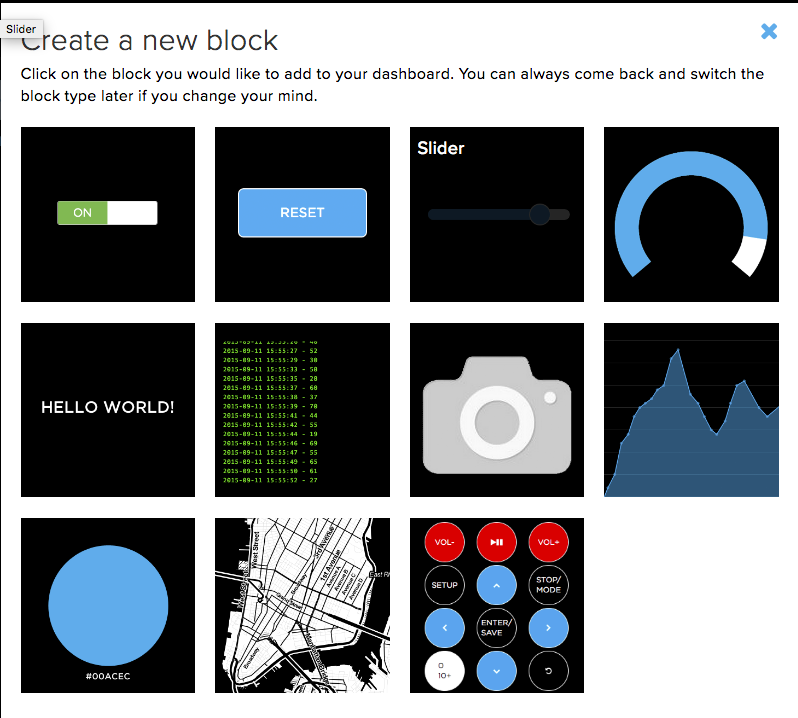 selecting the Momentary Button Block (the picture with the RESET button). On the Choose Feed panel create a new feed (I called mine MM).

On the Block Settings panel 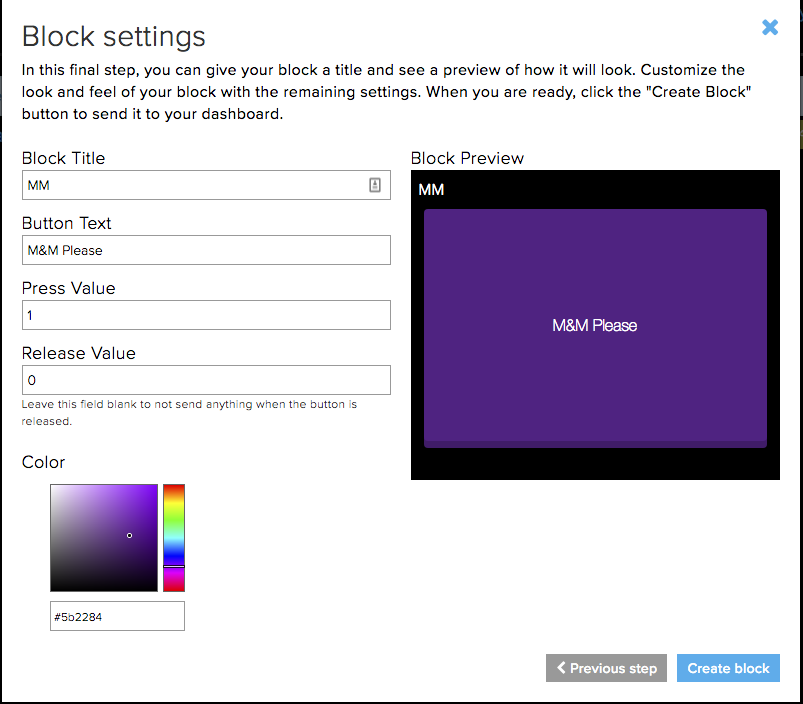 The template for your code is in a zip file called deliverMM_template.zip. Then open it up in the Arduino IDE. You first need to change the config file. You need to change

Instead of an edge of the table dispenser, can you make a more interesting one? 25xp for some device. 35 more for best dispenser in class, 25 for second, and 15 for third.